On the last stream we had alot of fun! We beat Fear 2, then swithed to Skyrim and we came up with our own shout! (Gah eek ohh!) ^^ The awesome F4or0ned even did a drawing of me as the “Jenny-born! xD

(I LOVE IT! Thank you!) Please check out his website for other beautiful drawings! He is really talented! On the last stream I also got raided for the first time by the awesome Mssnowhite and her snowflakes! I was so suprised and confused! xD Thank you so much Snow! ❤ Tonight we will continue our adventure in Skyrim! See you there! ^^

You know when you have been hunting a trophy for what feels like FOREVER and you are sooooooo close, but you are also sooooooo sick of playing the same game??? That’s were I’m at right now! 😦 I guess I could just quit now… but then all the time I already spent feels wasted x( What a dilemma! It’s a shiny gold trophy too so I reeeally want it! After I get it I will go back to casual gaming, this obsessing trophy hunting is not good for me! xD Haha!

I bought the Dragonborn DLC for Skyrim, I tought it would be fun to have some new content to play for when I stream later this week! ^^ But now I need to get back to grinding for that stuuupid trophy! x( Happy gaming! *Hugs*

Finally!! THE GAMEX UPDATE! Woooooo! xD GameX this year got a bit hectic to say the least. The cosplay was not done, I had just gotten a slipped disc and lumbago (was eating alooot of painkillers) and worst of all my sweet little kitty cat Gin got sick the day before we were leaving for Stockholm. His sickness was not so serious (yet…. =P ) He had crystals in his urine making it hard for him to… do his buissness! (he had it once before and he got fine right after the treatment) so we took him to the vet. That night I worked so hard to finish my cosplay but it was soo hard while Gin was not feeling so good, I keept one eye on the cosplay and the other on him so I’ve might not have been working as fast as I could have! =P Somewhere at 5 or 6 am I gave up and said “I will bring everything with me and finish it at the hotel”. I was so tired from stress and worry so I just needed a few hours of sleep…

At around noon we packed the car full of cosplay stuff, and a litte luggage 😉 I kissed my kitty-cats good bye and then it was go time! We were off to stockholm and gameX 2013! This was a thursday, the 31st of oktober and we were staying for the whole con, until 3rd november! We were so exited! My friend had also built a cosplay, Zack Fair from Final Fantasy Crisis Core and it was awesome (and finished =P ) so I was a bit stressed out about getting mine done on time and having time to enjoy the con of course! ^^ There was a cosplay contest on friday and we were a little tempted to try our luck there, but first I needed a finished cosplay! x)

We arrived at the hotel and quickly carried our luggage up to our room, then we ran down to finally check out this years gameX. We always stay at an awesome hotel called Victoria Tower sitting riiiight next to where GameX is! So convenient! ^^ At first glanze is was awesome, then we notised how small it was compared to past years, nintendo wasn’t ever there :O And sadly not many cosplayers at all the first day but there was alot of games to try! And swedens first chance to try the PS4! (Woohoo) And there were alot of merchandise! Nerd-heaven! xD

We also tried to find out more about the cosplay contest and were to sign up but no one seemed to know anything, not even the people in the cosplay booth! (haha) Then finally we found someone who said “just be there before the contest starts at 17.30 and it’s fine” Fair enough! ^^ We didn’t stay the whole first day because someone had a cosplay to finish =P I had to make and put on all the fake leather straps to make all the parts stick to me. Was alot more work than I imagined it would be and I stayed up until 1 or 2 am before I went to sleep..

Cosplay day! Yay! I was still not done but I was sooo close that I could taste it! No way it would not get done, maybe an hour or two then it was gonna be finished! So after some yummy hotel breakfast I continued working. That’s when I get a phonecall from my dad, he had promised to watch over Gin for me, and he had gotten some complications from the treatment and was getting worse and worse. This made things alot harder! I was so worried and could not focus at all! This caused in things taking more time than it should have but after a few hours I was upto that point when I was gluing the last pice of strip on the last armor piece.. and what happens? I burn my fingers on hot glue that just came out of the glue gun! I was gonna put some preassure on the strip while the glue dried and it must have slipped out on the sides of the strip… IT HURT LIKE “#%&! x(

So here I was, so worried about my kitty I just could cry, had just burned two fingers on my left hand, and I still needed to put on my cat nose, do all of my cat makeup, put in the cat eye lenses and help my friend with his Zack hair.. all using one hand =P The burnt hand wanted to kill my fingers unless I kept it under cold water! x( After alot of effort and stress we were finally both done!! Yaay! 😀

My makeup was terrible (somehow the grey color turned blue when it dried! xD ) and everything had been done while in panic mode but I was so happy to be done at last and at around 17.00 we hurried down to the con to go enter the contest. When we arrived we found the place of the contest at maybe 17.10-17.15 only to find out we could not enter! We were too late! 😦 “If you had gotten here like 10 minutes ago you could have entered, sorry!” Omg, I was so sad, so close and all because I messed up and burnt my fingers!!!!!!! x( *sob* Oh well, not much to do about it so we just watched show and all the amazing cosplayers, I never would have won but it would have been fun to at least try! It was too dark to take any pictures in there but I caught some of them on camera afterwards! ^^ (Warning! Alot of Pictures) xD

Look! look! I found another Skyrim cosplayer! 😀 And she picked a figth! :O Or was it me? 😉 Don’t remember! *lol* We ended up having alot of fun even though we missed the contest. Still I was very worried about Gin, I even thought about leaving Stockholm early and go home to him, but when we got back to our hotel room that night my dad called and said Gin had been “hospitalized” at the vet and he would not get to come home until sunday, same day we were gonna get home again. So since me going home would not make any difference, I stayed.

This time there were no stess, and my fingers didn’t hurt as much! xD So today I got to be a gray khajiit, not blue! And with alot better makeup! x) Yay!

We played some games, met some awesome cosplayers and me and my friend got into some more fights! ;D

Don’t worry, no one was harmed! 😉 And we met Lightning again, her cosplay was amazing! :O

And I just have to show off my friends AWESOME buster sword that he made! Made out of wood! :O It’s so pretty! :’D

The last day of the con, I was not able to wear my cosplay today because we had to leave our hotel room at noon, so if I put it on I had no place to get it all off for the car ride home. But I at least wore the jagged crown! Today there was supposed to be a cosplay catwalk but it was canceled, instead there was a mini photo shoot!

As the big Assassins Creed fan girl that I am I just had to get a picture with this awesome banner!

Then out of nowhere I was ambushed! By an assassin! :O (I was not very sad about that as you can see!)

Then a Soldier came to my rescue and handed me a gun! ^^

(Yeah I know I’m not holding it right! My friend keeps nagging me about it! lol ;D But I never held a gun before, cut me some slack will ya! ^^)

I guess this wraps up my GameX/Cosplay post! Finally huh?? =) We had alot of fun and I can’t wait until GameX 2014! Kinda hoping it gets bigger again though! ^^

I’ve been working on it for about a month, progress was very slow at first, I’ve never done something like this before AND I’m a cosplay noob!
(( only 51 days until GameX! I really need to speed up x( ))
Anyway, I don’t know the best way to make something like this so I just did it my way! =) Don’t laugh! x)

So far I have started making the front armor piece, the helmet, the gauntlets and some other small leg and back pieces. (Warning, alot of pictures!) x)

Mine are not so pretty yet! 😦

And the jagged crown!

(This is what happens if you accidentally sniff to much glue while making a cosplay!) ^^

But I have to admit I’ve had some help, my cat Kurr has been my assistant and helping me by watching over my work so I don’t make mistakes, sleeping in the middle of my work space, eating alot of yoga mat pieces and chewing on the armor!

Everyone keeps telling me I shouldn’t walk around naked,
but I was just going to Riverwood real quick to buy some building
materials and I needed to be able to carry as much as possible!
Then a dragon came and interrupted my shopping… But a
true dragonborn can kill dragons even
in the nude x)) *Moahaha* 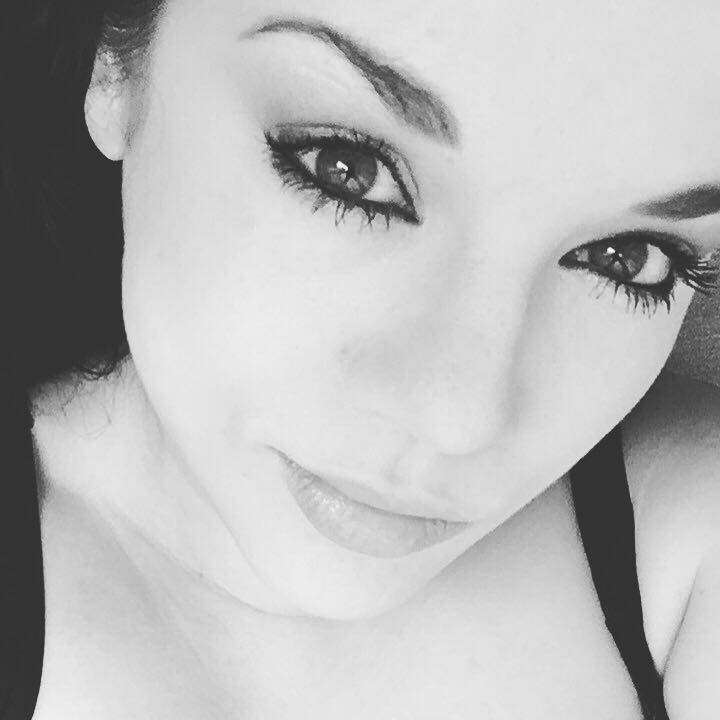 So after Gin jumped up on the table and scared me on the stream last night while I was playing At Dead of Night I told my sister “you know who I kinda look like when I scream at Gin? That lady screaming at the cat meme”. A few minutes later she sent me this! 🤣🤣🤣🤣🤣🤣🤣🤣🤣🤣🤣🤣🤣🤣